"Careers" from Beverly is not officially out until next week. But you can stream the album in full over at Stereogum- and read an interview with Drew too. If you've preordered the album, it has already shipped and is on its way to you - or perhaps it has arrived!

Drew talks to Paper Magazine about all her "careers".

Beverly is one of Rolling Stone's Artist to Know

The Honey Do video is one of Stereogum's Top 5: "Teenagers, in their awkward skittish squinty glory, are some of the greatest people in the world, and it’s nice when a music video will just let them be awkward skittish squinty teenagers. This is the sort of thing that can only happen when you say no to the fashion conglomerate that wants to underwrite your music video, or maybe when the fashion conglomerate never comes sniffing around in the first place."

Pandora users - Beverly Careers is also streaming over at Pandora Premieres station for the week. 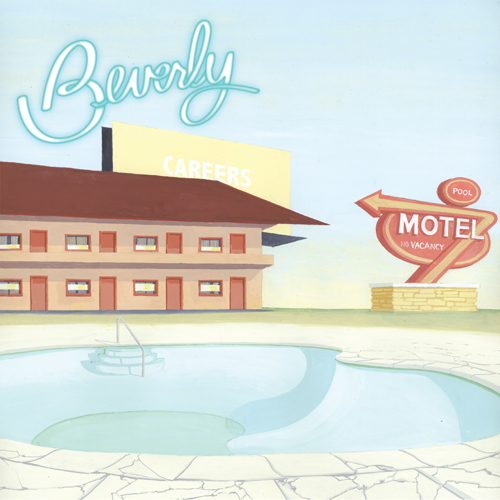