Hoorsees releases second new single from upcoming “A Superior Athlete” continuing their whimsical exploration of pop culture touchstones and everyday absurdities, name checking Modest Mouse, Pavement, Rush Hour, Yu-gi-oh cards and of course, Jansport. Previous clip for single Week-end at Bernie’s saw the band head into the great outdoors to take on golfing. With Jansport they head into a bright, huge gym for a not so leisurely game of badminton. Hoorsees says, “Their ‘loser-vibe’ meets an energetic disco beat that results in some sort of ambiguous happy nostalgia.” Reminiscent of Pavement or The Pains of Being Pure at Heart, Hoorsees lays the foundations for a rhythmic look of disillusioned disco that could have been composed by The Virgins. Check out the video, stream the new single in full and preorder A Superior Athlete today. 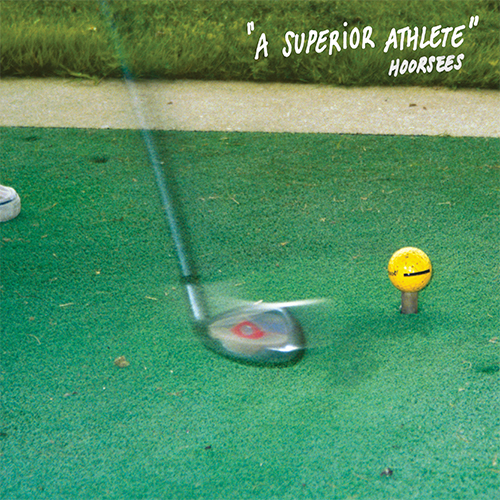