Named after a Big Star song as covered by the Bangles, September Girls comprise Paula on bass and vocals, Sarah on drums, Caoimhe on rhythm guitar and vocals, Lauren on keys and vocals and Jessie on lead guitar and vocals. Drawing inspiration from the likes of Phil Spector, The Cure, My Bloody Valentine and Jesus and Mary Chain, the five-piece play reverb-soaked noise-pop of the finest order, with distant layered harmonies, swirling organ and distorted guitars once described as “sounds from a transistor radio abandoned in a rural cinema.”

Keeping busy throughout 2014, being selected to play major International festivals such as SXSW, The Great Escape, Beacons, Best Kept Secret, Body & Soul and Liverpool Psych Fest and more, September Girls return with an EP “Veneer” – and first domestic release in the US, out November 24, 2014 on Kanine Records. 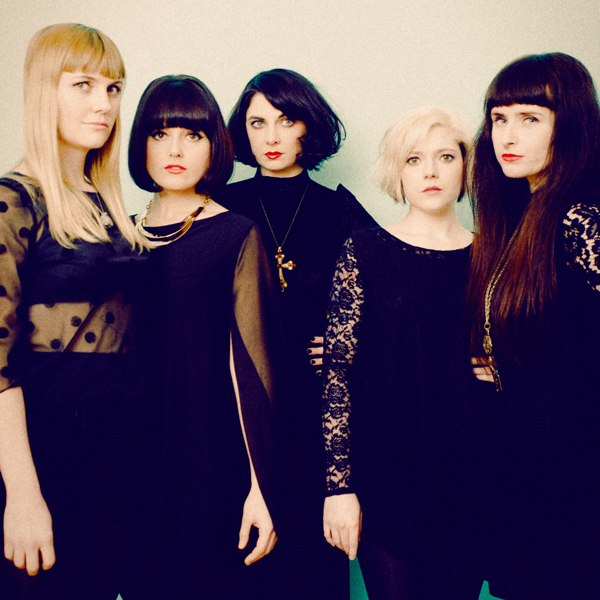