“'Sour Punch' leans heavily into the band’s pop talents, enveloping their sweet shimmering melodies with waves of distortion and hazy beauty." Read more about it at Under the Radar

Blushing shares "Sour Punch", the latest single and video from the upcoming album Possessions, which is available for preorder now. "Sour Punch" finds the Austin dreamgazers embracing 90s indie pop and wrapping it in a blanket of the heaving reverberated sounds and hazy vocals that have become the band's signature. The DIY visual pays loving homage to the fun and strange low budget music videos the group grew up watching in the heyday of MTV. This is the followup to lead single Blame (feat. Miki Berenyi) and both are available to stream now. 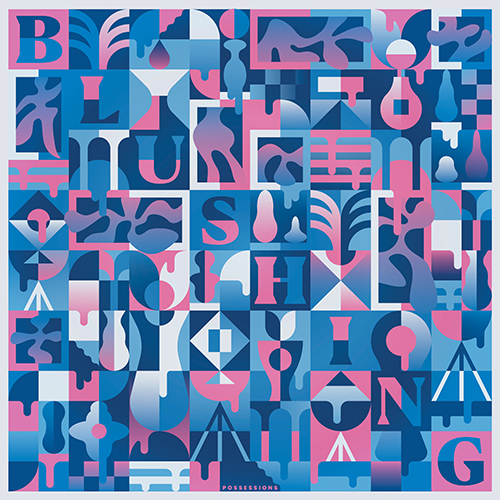