Pete started the band in 2008 and they quickly grabbed attention with a long run of local and regional shows with the likes of Javelin, Surfer Blood, Health, Real Estate, Screaming Females, A Place to Bury Strangers, Crystal Stilts, Titus Andronicus and These are Powers. They started 2009 strong with a 7″ release that was distributed by Impose and RVNG, another 7″ release on the Australian label EXO, plus a tour to SXSW with the Australian post-punk band Bachelor of Arts.

In January 2010, DINOWALRUS put out their shape shifting, eclectic and erudite debut, %, on Kanine Records (Surfer Blood, Chairlift, Grizzly Bear). The album was a unique, structurally unorthodox, unpredictable mélange of krautrock, synthpop, shoegaze, acid-rock, noise, and thrash-punk that was well received in underground circles, but was generally ignored by broader indie-rock audiences. In the year that followed, The band toured the east coast and California with the likes of Titus Andronicus, Fang Island, Aa, Signals (ex-mae shi), and Tempo no Tempo.

Later in 2010, Pete revamped the lineup and songwriting approach, and began working with Liam Andrew (synthesizers, bass). The two has been friends since college, where they both took a course entitled “the experimental traditional in pop music”, where they received course credit for listening to favorites such as PiL, Brian Eno, Throbbing Gristle and Kraftwerk. With drummer Anton Hochheim from their Kanine shoegazer label-mates the Depreciation Guild onboard for recording and a run of shows, DINOWALRUS reinvented themselves with a more pop-oriented songwriting approach that drew heavily on the 1980s beats of Madchester plus other groovin’ minimal synth, new wave, dark wave, and post punk angles, while retaining their psychedelic and krautock backbone. When recording wrapped up, they started working fulltime with drummer Max Tucker, formerly of Patrick Cleandenim and Francis and the Lights to take their live show to the next level. 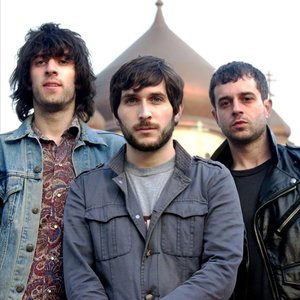 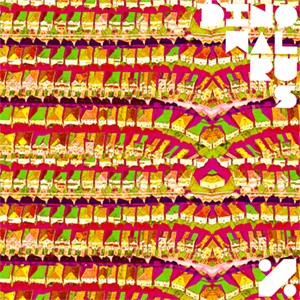