We are excited to announce Canadian band Living Hour will release its sophomore LP, Softer Faces, on March 1st with us! You can preorder the limited edition "galaxy" vinyl now, and it will magically arrive at your door by the release date. Today, you can also stream lead single "Bottom Step," a hazy, hypnotic track with a wistful vibe.

Based in Winnipeg, Living Hour has been expanding since their humble basement beginnings in 2015. Now a quintet, Softer Faces finds the band pairing emotive vocals and intricate harmonies with dreamy washes of guitar, bass, keys, and horns, for a sound that's intimate, honest, and vulnerable. The album was produced by Kurt Feldman (The Pains of Being Pure at Heart, Chairlift, DIIV, Dum Dum Girls) in Living Hour’s hometown and mixed by Jarvis Taveniere (Real Estate, Woods, Blouse, Widowspeak) at Thump Studios in Brooklyn. You can read more about Living Hour here.

“Some of the most heartsick synth-pop since Cocteau Twins.” – NOISEY

“Winnipeg rockers Living Hour dream big with grandiose, all-encompassing shoegaze that stretches to the ends of the earth.” -STEREOGUM 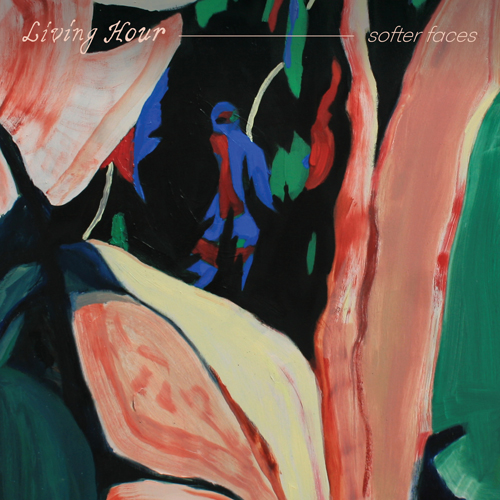