The latest single from Surfer Blood's new album Carefree Theatre is appropriately titled  "Summer Trope," and it will be streaming everywhere on Friday, July 10.

The video, directed by David Hamzik, was shared today and you can read more about the video and the song at Under the Radar.

Carefree Theatre is out September 25th and available for preorder now.

John Paul Pitts:
"The lyrics are narrative, something that doesn't come naturally to me. It tells the story of a prisoner who breaks out of Alcatraz, only to be swallowed by a great white shark in the San Francisco Bay. Not the happiest of endings, but you have to admit, its very Surfer Blood.

I came up with the idea in a cab driving across the Bay Bridge. The driver mentioned something about how the city was trying to play down the presence of sharks in the bay. Its hard not to be inspired by that view. Either way, I'm glad I tried stepping outside of my artistic comfort zone. "Summer Trope" sits nicely with the rest of the track listing, even though it takes a different path." 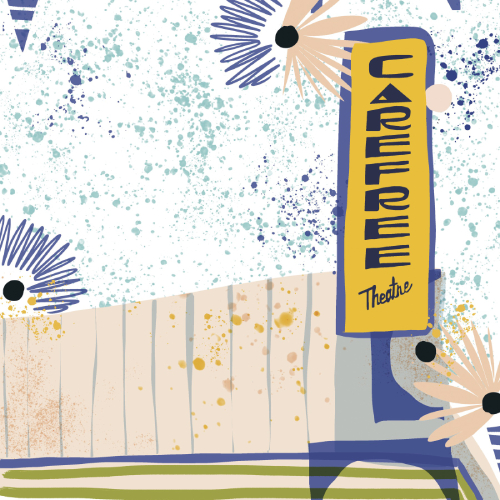